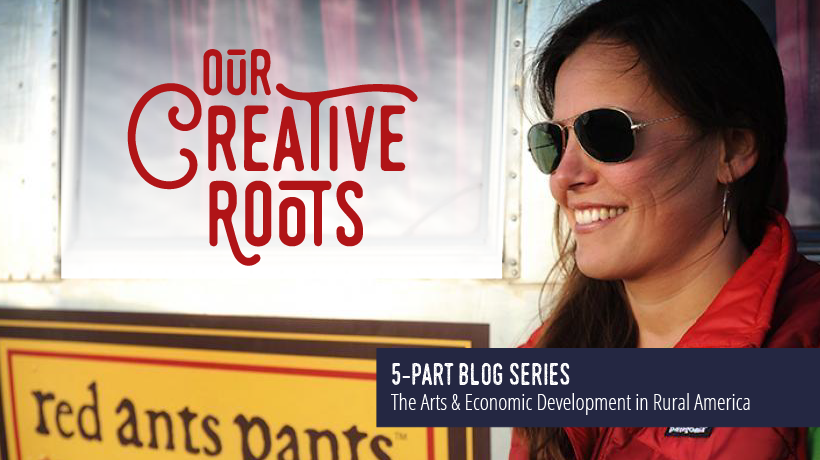 Part 2 of 5: Our Creative Roots, Impact and the Homegrown Entrepreneur

Sarah Calhoun moved to White Sulphur Springs, Montana, in 2006, with the goal of launching her women’s workwear clothing company. She established Red Ants Pants, which was named after ant colonies where the female ants are the workers, in an old brick saddle shop she renovated on Main Street. Her choice to set up shop in a small agricultural town is reflective of her penchant for the hard working spirit of Montana. In 2011, in an effort to further preserve and support these types of communities, Calhoun started the Red Ants Pants Foundation and created an event to raise money (watch her TED X talk below). In this small town, in one of the poorest counties in the United States, the Red Ants Pants Music Festival was born. In 2012, the festival attracted 8,800 people and was profitable enough for the foundation to award $12,000 in grants to 15 organizations around the state. In 2016, the foundation funded $20,000 in grants to 16 recipients, and the event itself has almost doubled in size.

Every year the festival grows, and thousands of visitors are attracted to the small town. According to a Bozeman Daily Chronicle article by Jason Bacaj, “The state did a study to check the economic impact the festival has on the roughly 950-person town. It found that the festival brings between $2.5 million and $3.5 million into White Sulphur Springs. “What makes the Red Ants Pants Music Festival stand out is the fact that the community is behind it and contributes to the overall success.”
In the years since the festival was founded, White Sulphur Springs workforce has seen notable growth. In Teresa Wiltz’s Huffington Post article, she writes: “The festival brought thousands of music fans to White Sulphur Springs and generated money to help finance rural enterprises. Today, the once ramshackle downtown has been revitalized as other businesses have popped up.”
Meagher County, where White Sulphur Springs is the county seat, saw 19.5% job growth between 2010 and 2016. During this same six-year period, national job growth was at 11% and Montana’s job growth was at just around 7%.

Many rural communities, White Sulphur Springs included, are using art as a way to draw younger people to their communities. In Marfa, Texas, art-goers can experience music, fashion, galleries and a sense of being “off the grid” — if only just for the weekend — when they attend Marfa Myths. In Winfield, Kansas, for the last 45 years, thousands have flocked to the town’s bluegrass music festival, Walnut Valley Festival. While these events mostly attract tourists, they can also foster community pride and spur economic growth.
Rural communities face vacant properties, tumbling tax revenues, and crumbling infrastructure as a result of more people moving out of these communities, as noted by Wiltz. In response to these challenges, communities can use the arts to grow economically, rebuild their towns and create jobs, as While Sulphur Springs has done. “Design [for] your community. Then the others will come,” as Calhoun says.
To read Teresa Wiltz’s full article, Can the Arts Help Save Rural America, click here. The Red Ants Pants Music Festival will occur July 27 through 30. To learn more about the Red Ants Pants clothing line, which is made in the USA, and/or more about the festival, please visit their website.
Interested in finding out more about the arts and economic development in rural America? Check out Part 1: Our Creative Roots, Thoughts on Measuring a Community’s Creative Vitality written by Patrick Overton. 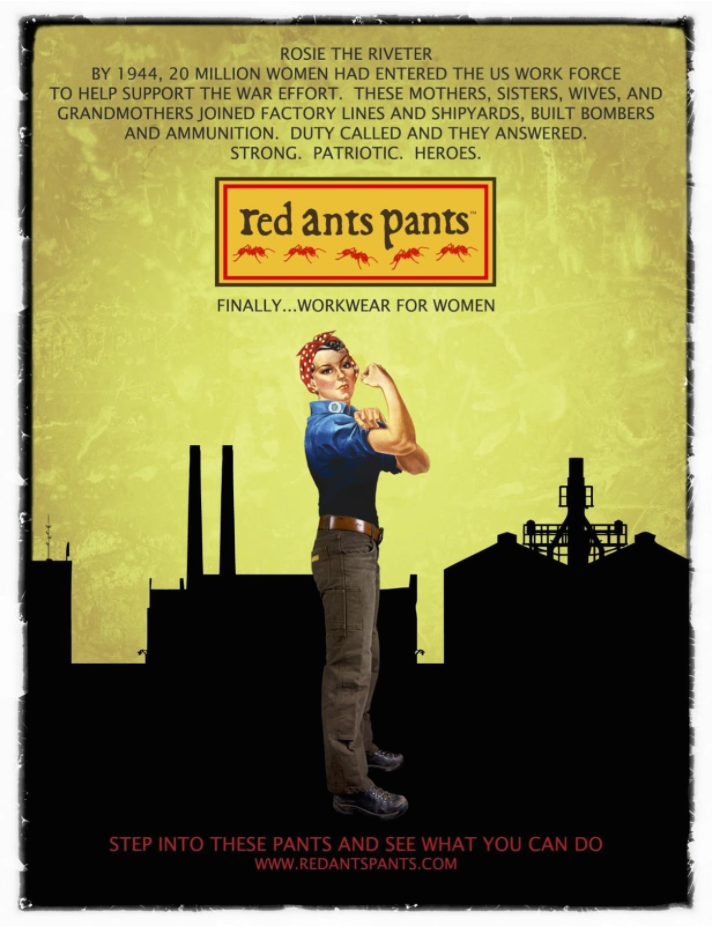