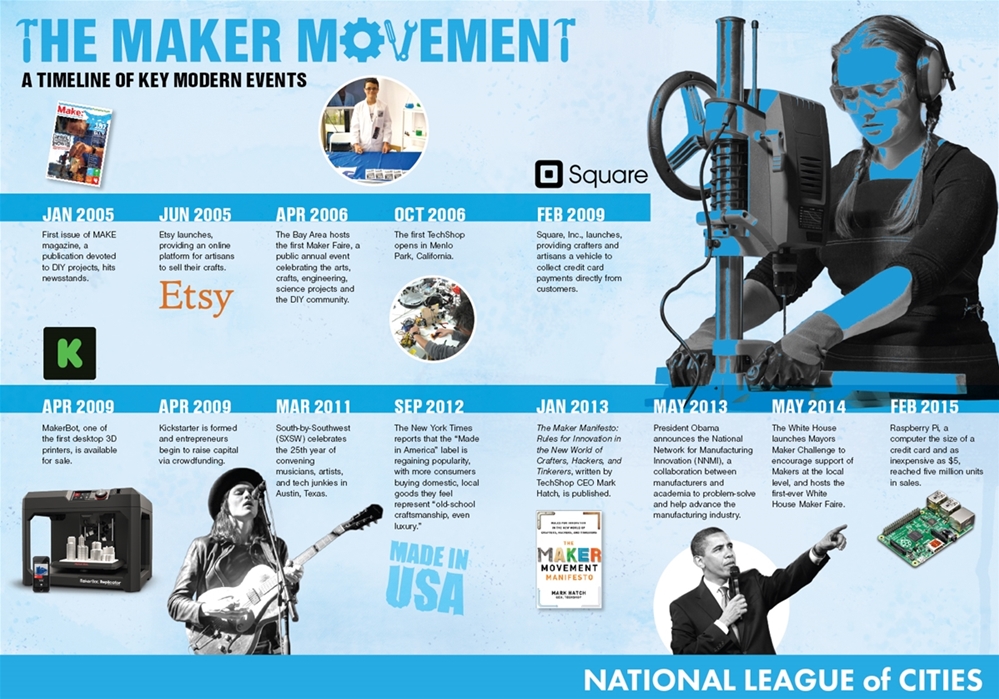 The Maker Movement Defined: How the Creative Workers are Partnering to Grow the Economy

The maker movement is described by Brooks Rainwater in How the Maker Movement Is Revitalizing Industry in American Cities as, “the platform for today’s artisans to create, craft and develop leading ideas and products.” Rainwater makes the case that the maker movement is beneficial for the economy in his article, stating, “From Rust Belt cities like Pittsburgh to rugged-outdoors towns like Burlington, Vermont, the maker movement is providing localities a framework for unlocking growth and engaging citizens.”

What is the Maker Movement and Why is it Relevant?

The maker movement is based on people embracing the DIY culture, providing a platform for artisans to create. The maker movement teaches those involved how to be creative thinkers and problem solvers. In turn, helping shape the future of the cities they are taking place in. It is a growing trend with more people joining the movement. According to the Maker City Playbook, “Over 100 cities in America identified themselves as maker cities, as part of a White House initiative to build a nation of makers.”
Websites like Etsy have drawn attention to the business model these artisans are crafting. According to Rainwater, “Economic investments in startups, makerspaces, and the broader technology sector are resulting in real value for the city at large. The increased revenue from economic growth has translated into bike lanes, parks, and events—projects aimed at making the city a more livable and vibrant place that people increasingly want to call home.” As the economics grow, policymakers are paying attention.

Maker communities often rely on workers from a variety of industries to create thriving businesses. The blending of these different skill sets plays an important role in connecting such sectors as manufacturing and engineering to the creative economy. According to Jocelyn Bailey’s The Other March of the Makers, “Over the last couple of years I’ve met digital start-ups who quaintly describe themselves as ‘foundries’ (based in ‘Tech City’) and who work across what we would traditionally think of as manufacturing, crafts, and the arts.” The inclusion of these occupations when considering the creative industries has the potential to really capture the creative economy.
The makers directly benefit the communities they are in by creating sustainable job growth. Rainwater states, “In addition to added jobs, proximity means more innovative potential for workers. The untapped skills and knowledge unleashed in a makerspace now has the potential like never before to become part of the creative economy of the city as a whole.”

One approach Rainwater describes is public-private partnerships. Partnerships are valuable in that they allow makers to collaborate beyond geographical and/or organizational boundaries. According to Rainwater, “Increased support from major companies such as G.E. offers an opportunity for entrepreneurs to showcase their ideas in developing new, more efficient technologies to be mass-produced.” More importantly, shared makerspaces are a cost effective way for entrepreneurs to create and make connections. 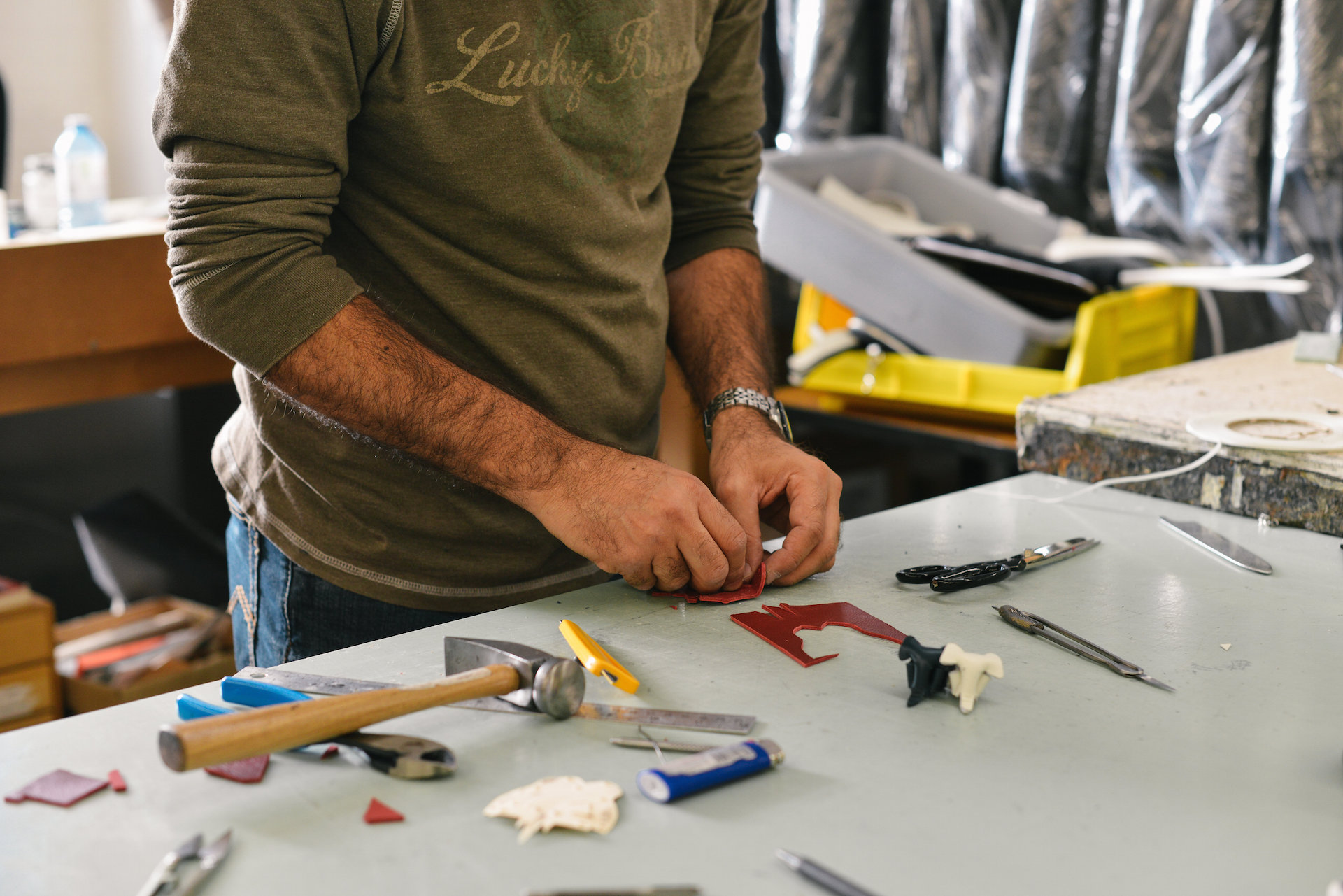 While partnerships create opportunities for economic viability, they are a representation of the locality in which they occur. Rainwater profiles cities with effective makerspaces including Boulder, Colorado. Rainwater explains that one reason Boulder has an effective maker community is because of the laboratories within the area and the ease for students to access these shared spaces. Rainwater states, “Boulder’s movement is so much a part of its DNA that it might be difficult for policymakers to even characterize its nature or point to its beginnings. The citizen ownership of the movement is also very high, pushing it further out of the local government’s purview.” It is a reflection of the community and using that to further develop the economy and the city.

In an article by Oscar Perry Abello, Rainwater says, “A lot of cities we looked at for the report were looking at this from a systemic standpoint. They weren’t looking at just having a makerspace in their city and that would be the solution. They’re looking at the full suite, from STEM education to financing and how it all comes together.” The Maker City Playbook lists the following building blocks that city leaders and activists can work with:

The maker movement is something to pay attention to as it continues to grow. There are many possibilities with this movement and only time will tell the real effect it has on the economy and specifically, the creative economy.
Images pulled from National League of Cities, “How Cities Can Grow the Maker Movement.”