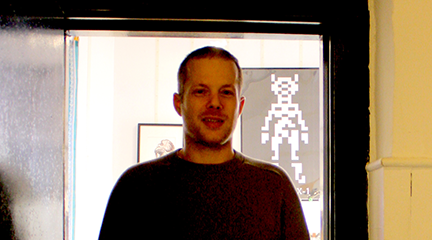 Chris Hayen has been the lead developer for the Creative Vitality™ Suite tool since its inception. Employed full-time with WESTAF, Chris works and lives in Baltimore with his girlfriend and two children.
How has your experience with creating the CVSuite been different from development of other products?
We’re working on building a reusable code base that can act as a framework for future projects. The cool thing about working with CVSuite is that it was done for a nonprofit. Previously, I only worked on contracts and was used to grind out corporate projects. Working for a nonprofit is different because we are able to take the time to do it right.

The cool thing about working with CVSuite is that it was done for a nonprofit. Previously, I only worked on contracts and was used to grind out corporate projects. Working for a nonprofit is different because we are able to take the time to do it right.

I’ve gone from place to place to place, and they’ve all hired contractors. But contractors don’t really care about where a project goes long term. They finish a project and leave an organization with a product that they can’t always use, maintain, or update. These organizations are left with technical debt: they run into many hurdles and often can’t move forward with the product. Or, they can move forward, but the costs become more and more significant. It’s like trying to stack blocks when your base is a sphere. Another analogy is to think about buying a used car with the dream of fully restoring it. Yes, the upfront costs are cheap, but there are constant costs for maintenance and failures. Plus, leaking oil isn’t very attractive! We’re developing a clean modular interface with CVSuite. Everything is reusable and self-contained.
How creative is your role regarding development of the CVSuite? What are examples of this creativity?
With CVSuite, we had a lot of complex problems to solve as far as mixing the different sources of data and displaying them. The dynamic way we’re displaying map data in the project made it so we really couldn’t use a commercial mapping service, so we had to write our own. We researched the latest in mapping technology and built a system using all of the cutting-edge open source tools that are available to us.

“We researched the latest in mapping technology and built a system using all of the cutting edge open source tools that were available to us.

What is your background as a front-end web developer?
I’ve never really had any training! I just started off doing volunteer programming about 15 years ago. This helped me learn how to write code and, from there, I was just offered different jobs. I first started out as a project manager, managing developers. In my previous role, I was working on the content-management system for Under Armour. Eventually, I found myself in Denver and at WESTAF. I’ve been working at WESTAF for around two years now but I work from my office in Baltimore.
At WESTAF, I work on CVSuite and ZAPPlication.org. I am the architect of the code. I write any updates and complete any fixes that need to be done. If a new feature needs adding, I’m the man. It’s a continuous process, daily and weekly.
Tell us about where your office is set up and in what part of Baltimore you work.
About a year ago, I moved into an art space in Baltimore. The building is an old mill that’s over 100 years old. It’s now a creative community that is home to designers, photographers and architects’. My friend is a designer who produces buttons, toys, screen prints, and other things; he has an art studio in the mill’ and works from a little office in the back of the studio.
As well as being one of the top 4,000 pinball players in the world (3,081st to be precise), his office also doubles as a sanctuary for sick fish. “They are all fish that I rescued from other people who weren’t really taking care of them,” Chris explains. “They often come in a vase or other container. I give them medicine to cure whatever infections they have, then I give them at least five gallons of water, a heater, live plants, and a filter. After a few months, they stop just lying at the bottom, looking sick and depressed, and they start swimming around and interacting.” 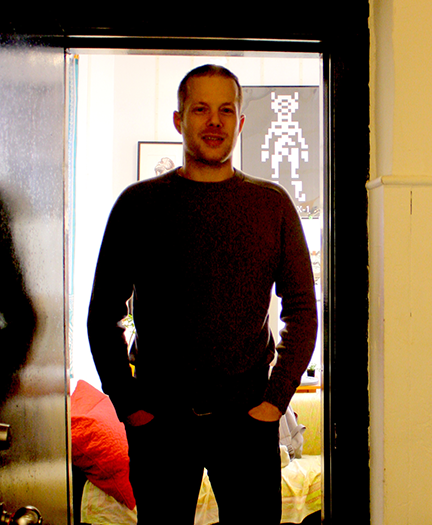