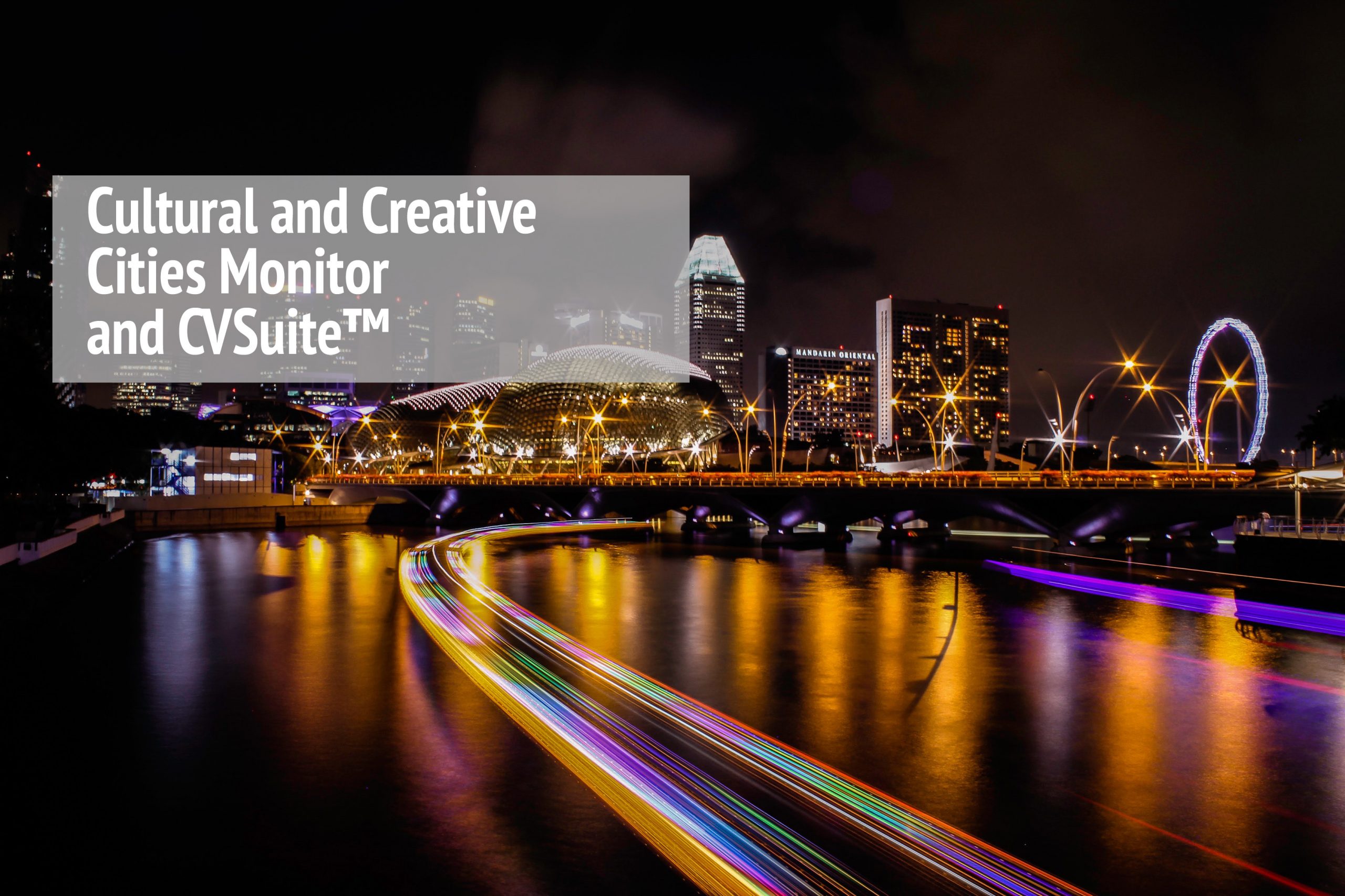 The Monitor, like CVSuite’s Creative Vitality Index (CVI), has an index which is comprised of a variety of indicators that are then weighted and shown as per capita figures. The Monitor measures the 168 cities using both quantitative and qualitative data. CVI provides data more broadly, covering all counties and ZIP Codes in the US. The quantitative data used by the Monitor are captured through 29 indicators relevant to 9 dimensions that reflect three major areas, including Cultural Vibrancy, Creative Economy, and Enabling Environment. The Monitor goes beyond the CVI by providing information about the quality of life in a region. These qualitative data provide key information about a city’s cultural and creative assets and can include–but are not limited to–artistic institutions, live events, policy strategies, etc. 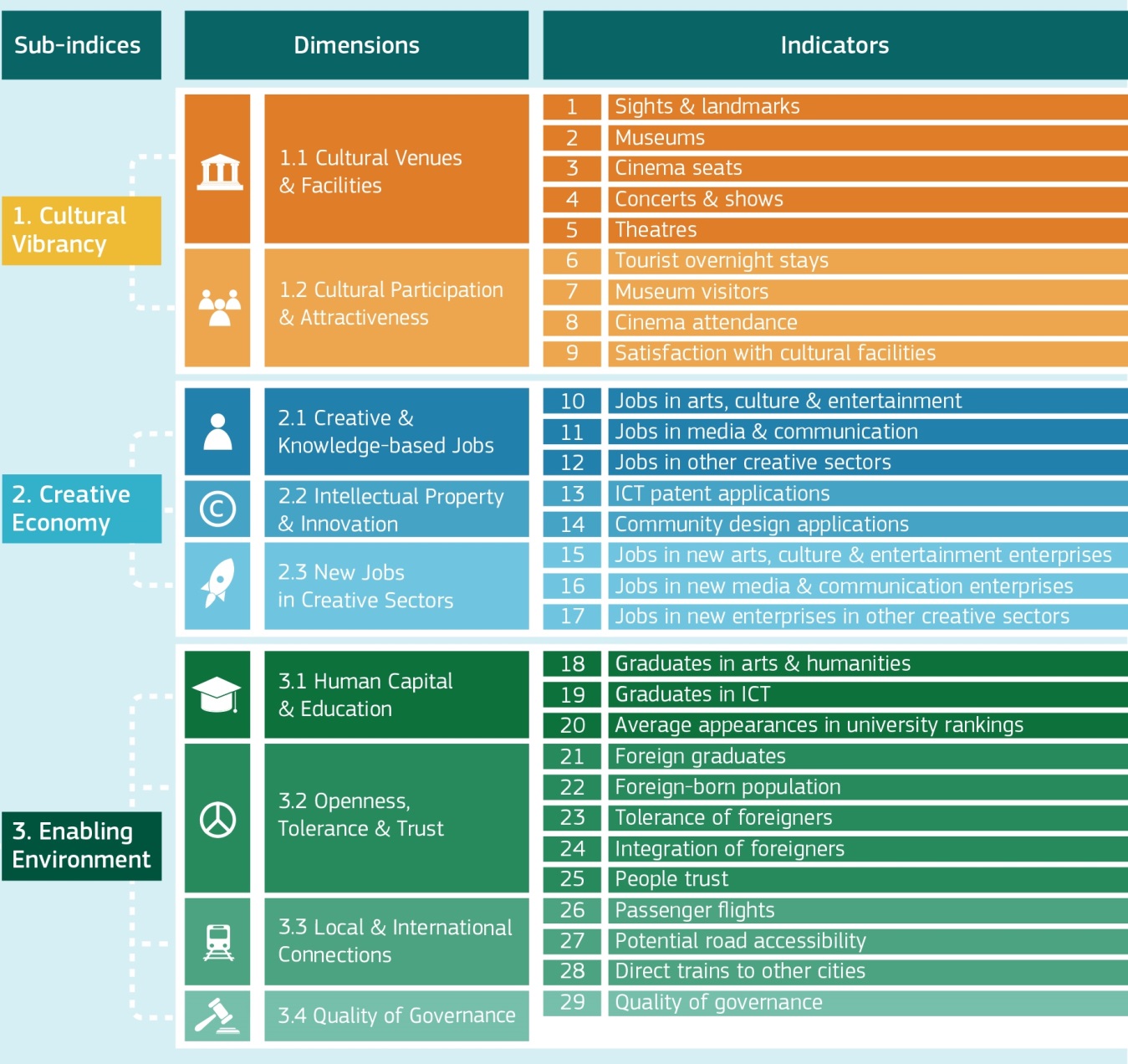 The CVSuite uses the Creative Vitality Index (CVI) to compare the per capita concentration of creative activity in two regions. Data on creative industries, occupations, and cultural nonprofit revenues are indexed using a population-based calculation. The resulting CVI value shows a region’s creative vitality compared to that of another region.

Where Data Come From

One core difference between the Monitor and the CVSuite/CVI are the data sources. The Monitor provides a comprehensive perspective on creativity and aspects that encourage creativity in communities. They do this by including data from six distinct sources, which range from TripAdvisor to Eurostat. Some data sets are complete and some have gaps. They also include survey data. CVSuite’s data are different in that they primarily come from three sources that are national in scope and do not have any gaps or missing regions. Essentially, the Monitor strives for breadth with their data, while the CVSuite strives for depth.

The Monitor’s interactive tool easily allows you to compare the overall performance of your city at a glance. One particular strength of this tool is the ability to compare like cities based on GDP, population, or employment. For example, if you are investigating the data by population, cities would be grouped into their appropriate category (XXL, XL, L…and so on). This approach makes it much easier to see the rank of cities by the C3 Index or one of the three major areas, including Cultural Vibrancy, Creative Economy, and Enabling Environment, or by the nine dimensions measured within these areas. 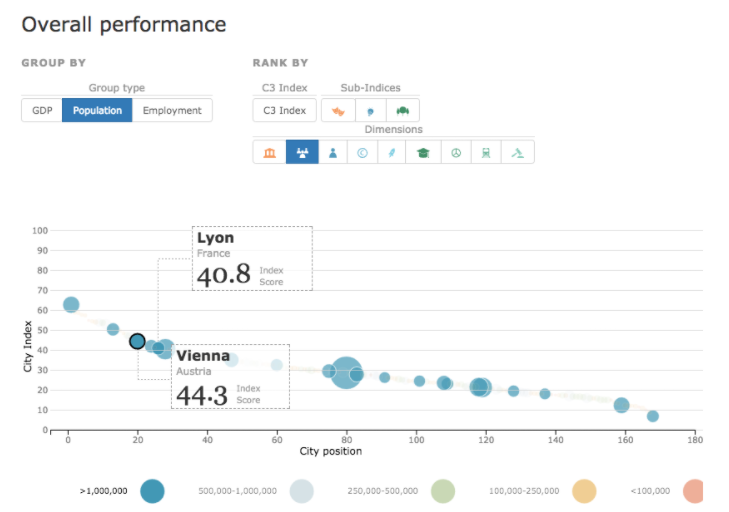 The way the interactive tool was designed makes it is easy to benchmark your city against other cities and see what dimensions you want to improve. The graph above (figure 2) facilitates this process. The graph shows that, of cities with populations of 1 million or greater, Vienna and Lyon rank within the top 25% range for the dimension of Cultural Participation and Attractiveness.

In addition to the tool, The Cultural and Creative Cities Monitor 2017 edition was released. The report describes the tool and highlights what the index found within the 168 cities measured. Some key findings found in the report are listed below: 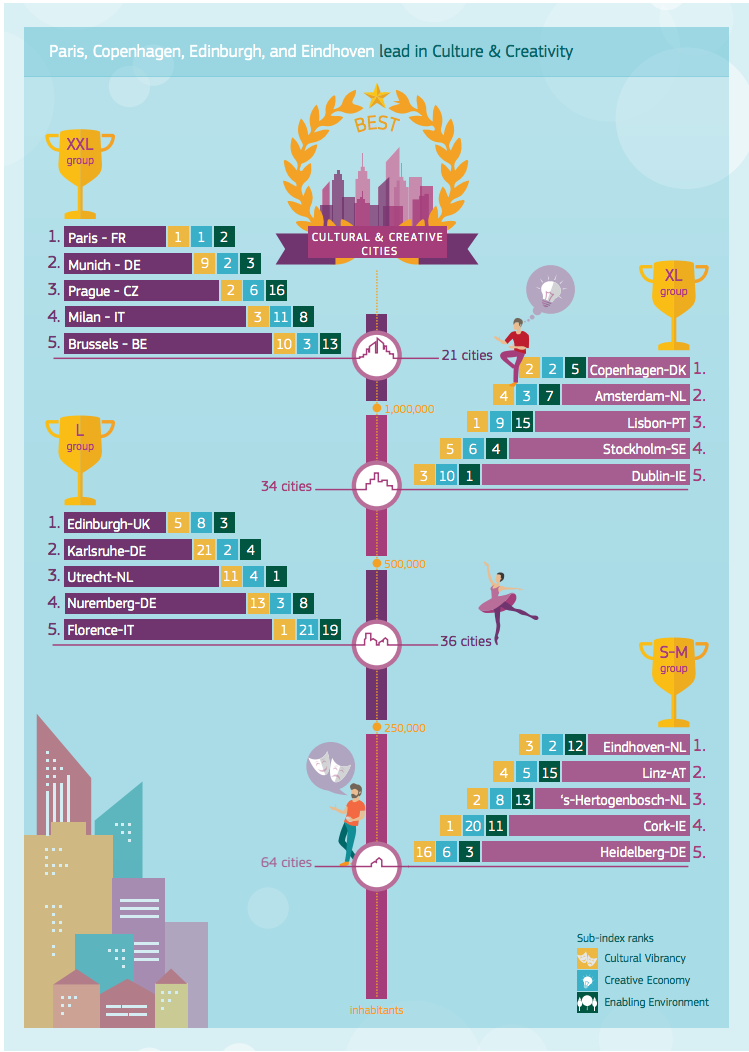 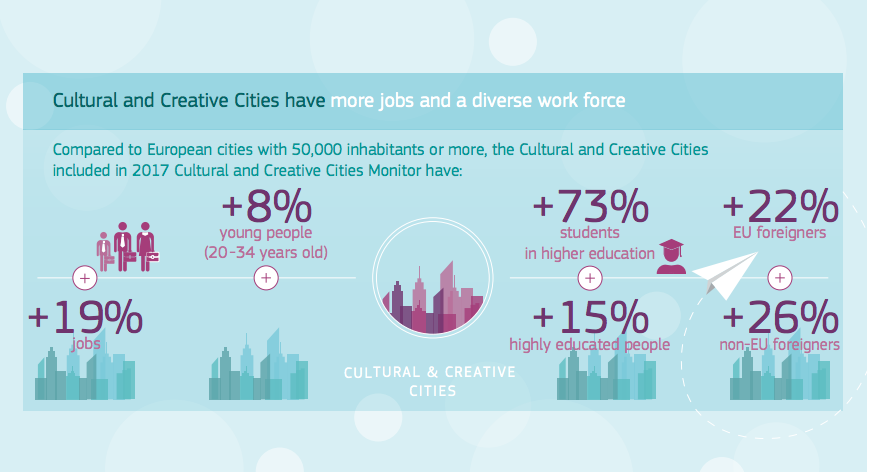 The CVSuite team encourages you to review the full 2017 Culture and Creative Cities Monitor report, which can be found here.

The Cultural and Creative Cities Monitor is an inclusive tool for measuring the creative economies of European cities. It allows cities within Europe to compare, review, and analyze their cultural and creative impact. Looking at other creative economy comparison tools, such as the Cultural and Creative Cities Monitor, allows you to identify the items that are effective in those tools and apply them to your work with the CVSuite.