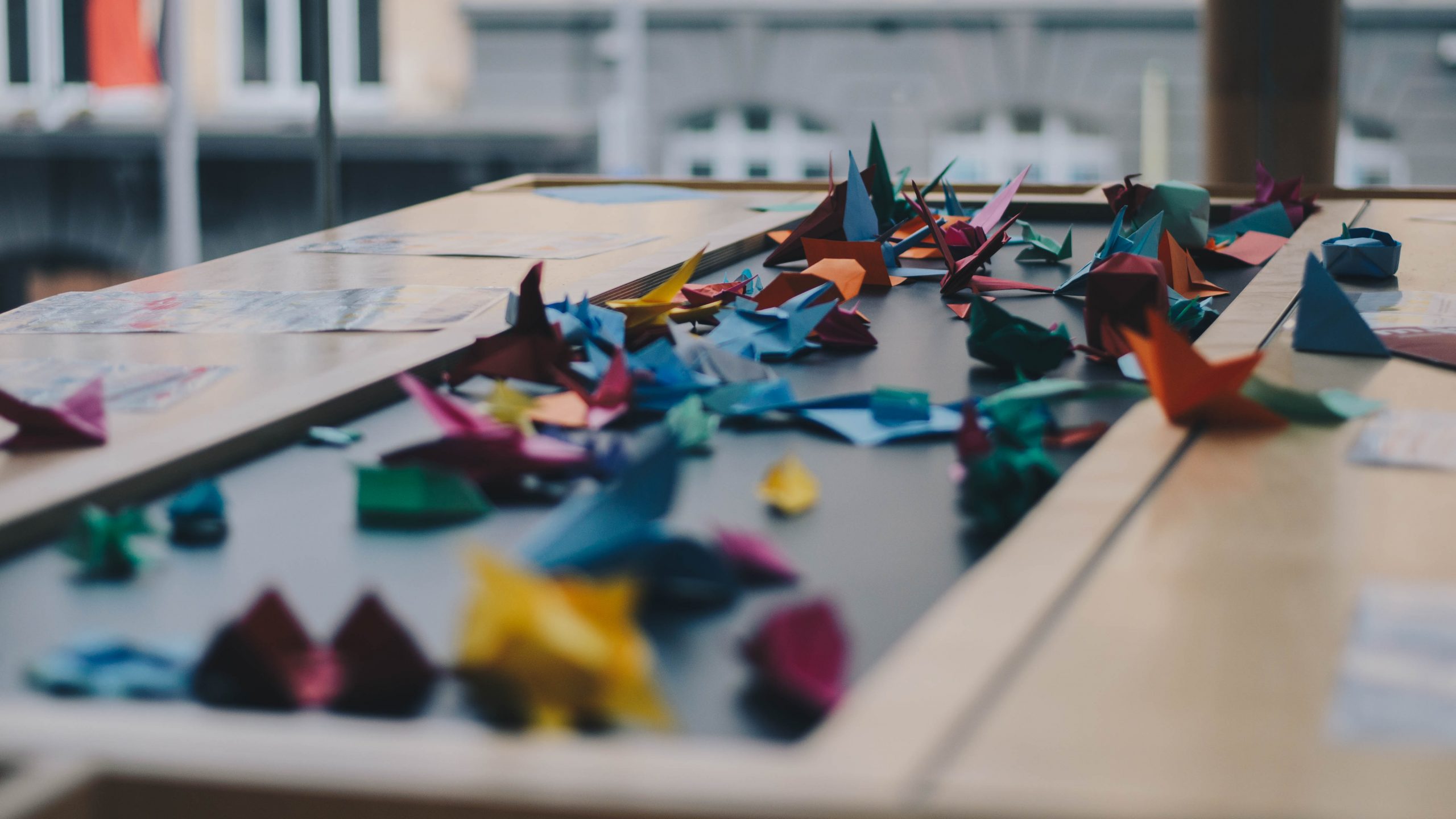 Etsy: How Creative Workers are Making Money by Opening Microbusinesses

With much focus over the last five years on the gig economy, it is worth exploring different models that are successfully helping creative entrepreneurs succeed in this economy. The online “global creative commerce platform” known as Etsy allows users to sell and buy creative, unique goods. Founded in 2005, Etsy has grown to have 1.7 million active sellers throughout the world, with 45 million items for sale. This post explores how Etsy sellers differ from other entrepreneurs and how the online platform offers its sellers opportunities to address some of the issues facing this unique approach to earning an income.

What is a Microbusiness?

Recently Etsy released the 2017 US Seller Census, Crafting the Future of Work: the Big Impact of Microbusinesses, which highlights how its sellers are representative of the growing economic trend of independent workers with small businesses. Businesses with fewer than 10 employees, known as “microbusinesses,” have been the standard in the finance, insurance, and real estate industry. Technology is now making it increasingly easier for individuals, who have historically lacked the resources, to quickly enter the marketplace and become profitable. Etsy’s platform does just that and its sellers census report provides proof of their impact.

Etsy Sellers are Representative of Larger Changes in the Economy

According to Crafting the Future of Work, the Big Impact of Microbusinesses, people are choosing to work outside of the traditional full-time employment options, opting to combine income from multiple sources. Etsy is one of the tools making it easier for people to create these microbusinesses. Seventy-seven percent of Etsy sellers are businesses of one. According to the Federal Reserve, from 2014-2015, the percentage of people earning income from multiple sources jumped from 15% to 22%. Taking a look at the chart below, we see that Etsy sellers are emblematic of this shift: 53% of US Etsy sellers are part of the independent workforce, while only 32% of Etsy sellers have traditional full-time jobs. 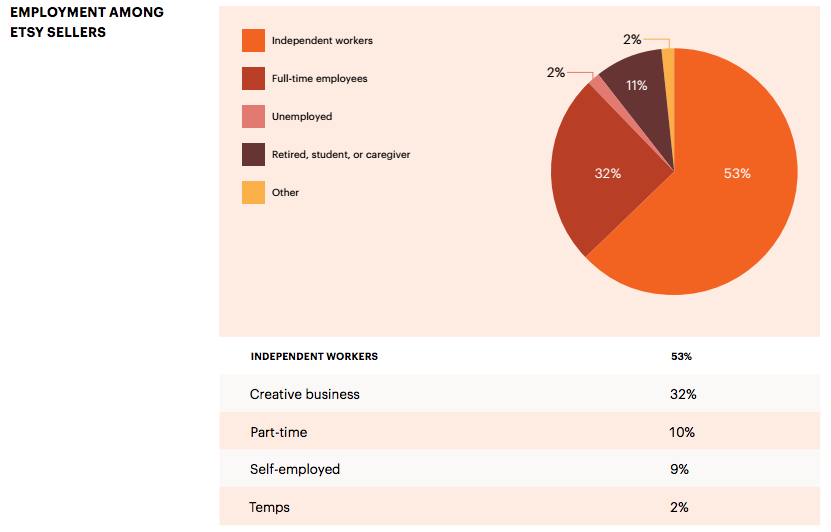 According to Althea Erickson’s article, Data Show Etsy Sellers Driving a New Economy, the independent workforce currently includes 55 million people in the US who contribute over $1 trillion in earnings to the economy. Erickson states that Etsy works to empower millions of microbusiness owners around the world. One example is the United States Congressional Microbusiness Caucus. Erickson goes on to say, “Though microbusinesses are individually small, collectively they’re an increasingly powerful economic driver.“ According to the US Seller Census report, Etsy sellers across the world generated $2.8 billion in gross merchandise sales in 2016, which is more than the GDP in 29 other nations.

Rural and Small Communities and the Local Economy

These creative microbusinesses support the overall economy in a number of ways, including supporting manufacturing, providing jobs, and sustaining local economies. Etsy sellers can be found in 99.9% of all US counties; heightening the geographic diversity. The report further states that Etsy sellers contribute to their local communities by promoting and selling their goods outside of Etsy. Fifty-eight percent of Etsy sellers promote or sell their goods in other venues, such as craft fairs, flea markets, trade shows, retail stores, and to local friends and family.

The Congressional Microbusiness Caucus is co-chaired by Democratic and Republican Congressional Representatives. It will provide a platform for entrepreneurs to share the challenges and opportunities they face with their businesses. Many governmental programs are geared toward small businesses moving toward big business and don’t consider the creative microbusinesses. Often microbusinesses have different goals than those of small businesses. Examples provided by the US Seller Census report include the low-cost loans and assistance related to hiring employees. The report goes on to state that, while these services are important, they remain less relevant to a microbusiness owner who would rather increase sales and improve business operations.
Etsy hopes that by understanding the sellers’ experiences, it will provide a greater understanding of how policymakers can support microbusinesses and the creative economy. As Etsy states, “Governments can help reduce those barriers, but we need to educate them about our unique experiences and needs. By coming together and advocating for ourselves, we can make the Etsy Economy a reality, enabling creative entrepreneurs around the world to thrive.”