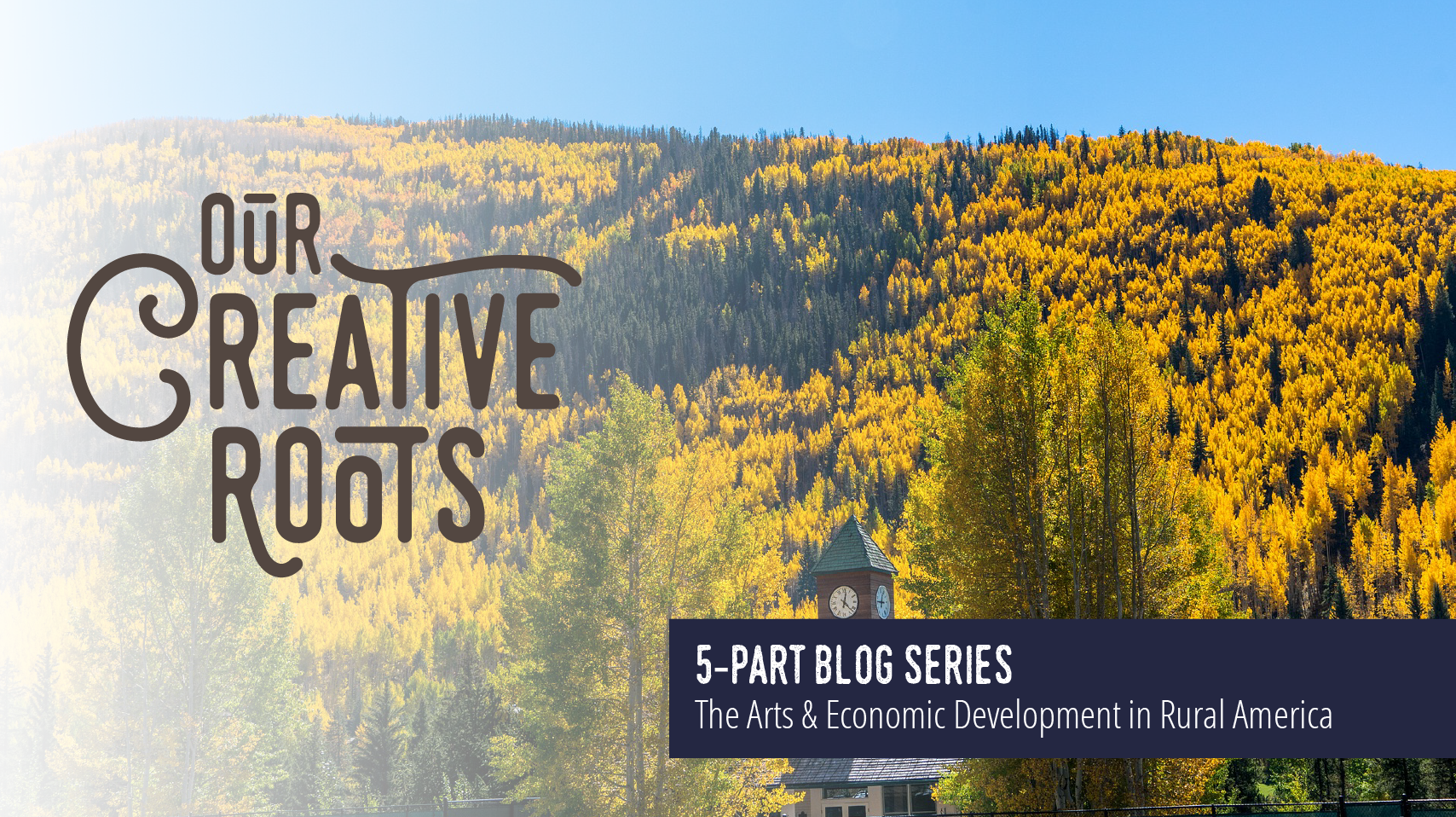 Prior to assuming the position of executive director of Colorado Creative Industries (CCI), Margaret Hunt worked in the private sector in the area of economic development and then as the director of the Salt Lake City Office of Economic Development. Hunt has also worked as the head of the Utah Division of Arts and Museums, where she oversaw the work of the Utah Arts Council and the Office of Museum Services.
Introduction
In 2013, when Margaret Hunt assumed the position of executive director of Colorado Creative Industries (CCI), Colorado had two certified Creative Districts. Today, that number has grown almost tenfold. Colorado’s Creative Districts are nearly evenly divided between urban regions and small communities. Of the 18 Creative Districts in the program, three have populations of less than 10,000 and five of the districts have populations under 3,000. Over the years, the Creative District program has become an important ingredient in the successful economic development efforts in a number of small communities.
Growth in the Creative Industries
According to a Denver Post article, the National Endowment for the Arts study ranked Colorado as number one in the nation in terms of the percentage of adults who perform or create art (1). In addition, data from the Creative Vitality Suite™ further support these findings and confirm the continuing growth in Colorado’s creative industries. And there is growth. Recent data releases confirm that growth in the creative industries is proceeding at the rate of 1-2% nationally, while creative industry in Colorado’s Creative Districts has experienced a 4-6% growth rate.
One-Size Does Not Fit All
Many rural, small, and mountain communities struggle to create sustainable economic growth. The common development strategy for these regions has been to recruit businesses to relocate and bring jobs. Hunt’s first-hand experience in economic development has convinced her that this traditional approach can prove to be challenging for some small communities. She believes that investing in alternative approaches to economic growth for such communities can help them more rapidly attain and sustain economic development goals.
Resiliency and Culture-Based Initiatives
In order to better understand how stable, small communities thrive, the Office of Economic Development in Colorado commissioned a resiliency study that investigated which communities were best positioned to bounce back from an economic recession. Hunt explained, “The study found that strong leadership at the local level and a unified vision for the community’s future and brand were primary traits of regions that were most resilient.”
These findings support why arts and culture-based initiatives often help communities develop economic development strategies that work. Such strategies are focused on helping communities understand who they are and what they have to offer. This approach gives local areas a sense of identity that can attract both new permanent residents and visitors. Hunt stresses the need for Creative Districts to capture their unique, authentic stories, “CCI is not interested in cookie-cutter districts across the state,” she says. “The important and unique elements are embedded in their history and culture.”
District Highlight: Mancos
Located in the southwest corner of Colorado is the town of Mancos. Its identity is best defined by the writings of iconic western novelist Louis L’Amour who described the heart of the old West deep in the San Juan Mountains. Mancos has harvested its western he 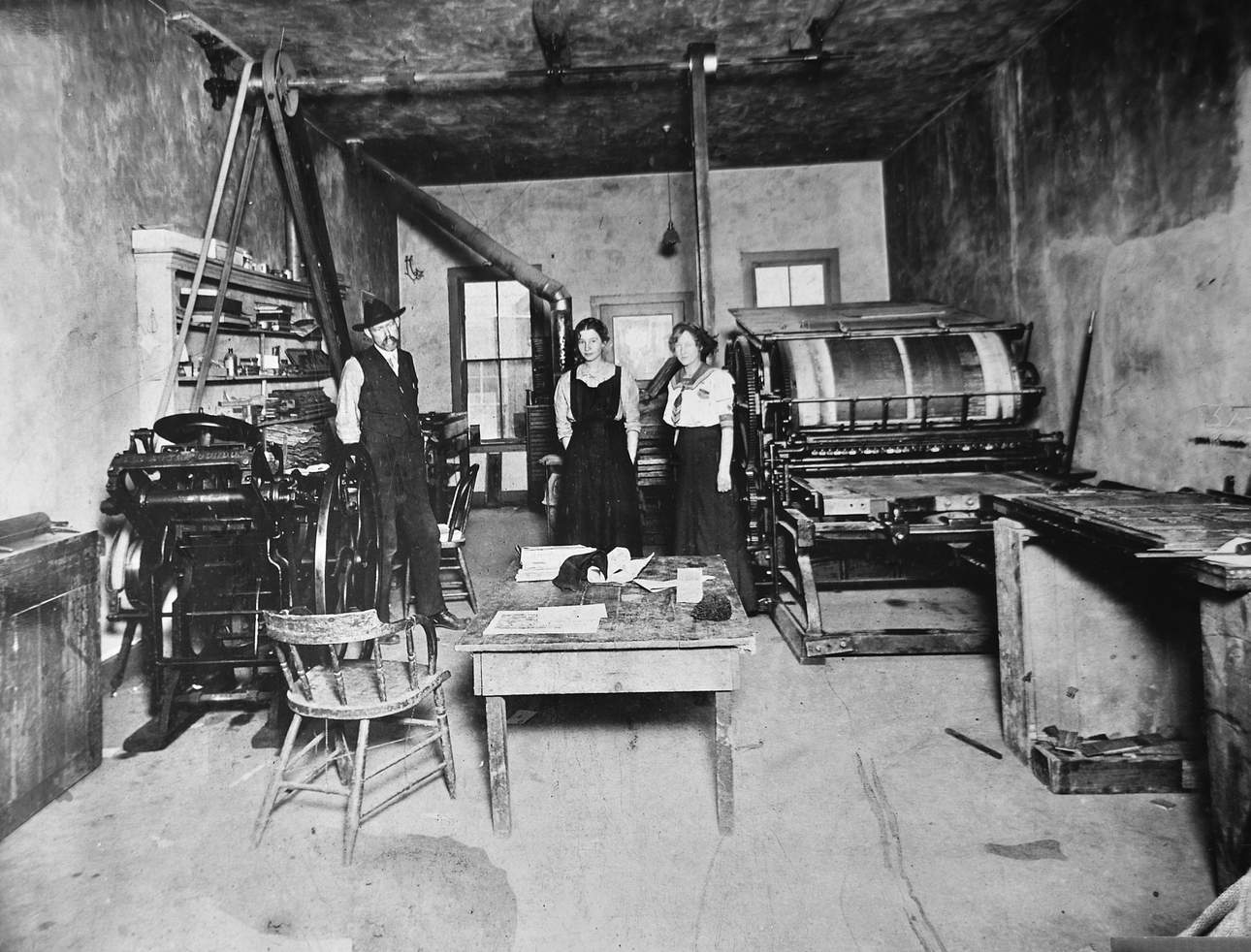 ritage by repurposing historic buildings to host art classes. One of those buildings is the former Mancos Times Tribune building, which closed approximately 25 years ago. That building now houses the nonprofit organization Mancos Common Press, which offers printmaking classes that make use of the building’s original printing press. The Mancos Grange has a similar story of being revived after years of inactivity to become one of the most active granges in the country.

Creative District Bootcamp
The CCI has developed a creative “bootcamp” program to help districts better understand what makes them unique. The bootcamps are run by Creativity Lab and help local leaders in the In order to thrive, Creative Districts must adapt to the many changes and hurdles they face. The Creativity Lab guides participants through what CCI considers to be the 10 fundamental ways to become a successful Creative District. Key components of these fundamentals include: a) the development of creative yet attainable goals and the development of strategies to meet those goals; b) community education to increase understanding of the importance of having a cultural brand and knowing how to promote that brand; and c) the benefits of and ways to forge successful partnerships.
District Highlight: Ridgway
Ridgway, Colorado, is nestled between the larger mountain towns of Ouray and Telluride. In Ridgway—where the Grammy award statues are made—12% of the population is employed in the  cre 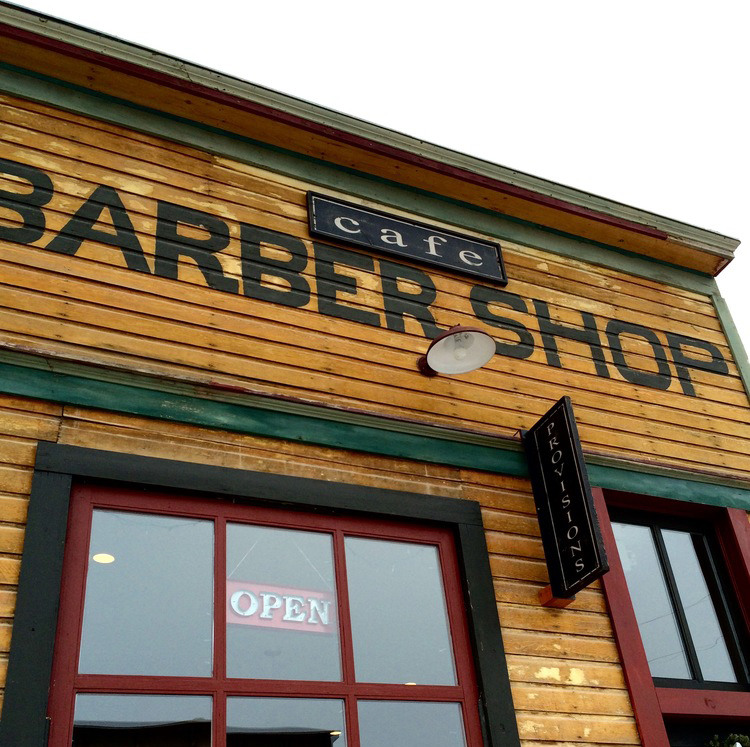 ative sector, an impressive statistic for an area with a population of only 900. New York sculptor Antonio Marra fell in love with Ridgway when he first visited and made it his full-time home in 2006. Following in the footsteps of his grandfather, a stone mason in Italy, he rebuilt the dilapidated old stone barber-shop building on Ridgway’s main street. This building now houses several successful businesses, including a farm-to-table catering business and an organic dog-food company.

Merging Experience, Data, and Community Involvement
Margaret Hunt is an unusual state arts agency administrator. She came to her position with years of successful experience in community economic development. Not everyone has that advantage, but everyone can use the tools Hunt has applied in Colorado to advance local creative economies. One example, Hunt uses data from the Creative Vitality Suite to assess an area’s creative economy prior to intervening and then tracks its progress using reliable year-to-year data. She has also deployed workshops and continuing education for communities that make use of high-level seasoned consultants, thus allowing the community members to obtain the very best education and advice. Finally, she encourages communities to identify their strengths and build on those strengths. In the process, she discourages cookie-cutter replication because that approach inevitably results in a generic and less powerful outcome. These qualities of her work have resulted in strong success in Colorado. Others can certainly learn from that success.
Our Creative Roots Blog Series
Part 1: Thoughts on Measuring a Community’s Creative Vitality
Part 2: Impact and the Homegrown Entrepreneur
Part 3: Challenges of Analyzing Rural Regions
(1) NEA Arts Data Profile #11 Table 3. Percent of U.S. Adults Who Personally Perform or Create Artworks, by State: 2014